Written by Martin Higginson on 19th January 2018. Posted in Uncategorised

Fun in The Sun!

Written by Martin Higginson on 1st August 2017. Posted in Uncategorised

Can there be anything better than lounging around outdoors on a beautiful sunny day with a bottle of something cool, refreshing, and gorgeous chinking in an ice bucket? Having moved on from the days of youth when Summer drinking meant sitting in the park with a warm can of lager and perhaps a tepid rose (probably Mateus) for the girls. The key words now are quality not quantity, and that goes for beer and spirits not just wines. But as we’ve said many times before, quality doesn’t have to mean expensive. So we’ll be looking at some of the trendy drinks to be seen imbibing this Summer which won’t break the bank!

Wine blogs and websites in the US are full of the phrase ‘Brose’ these days and proclaim slogans like ‘I wish my boyfriend was man enough to drink rose’. In Europe there’s never been a stigma about men drinking rose. It’s treated as a proper wine not as an affectation, and there are some great rose wines around to buy in the UK at the moment. A rose is a type of wine that incorporates some of the colour from black grape skins, but not enough to qualify it as a red wine. It can be made from many grape varieties and tends to be made wherever both red and white wines are produced as separate wines. Rose wine makers from Bordeaux therefore produce Merlot & Cabernet Sauvignon roses, Spanish Rosado can be Grenache and Tempranillo, Italian Rosato may be Sangiovese, while rose from Argentina is made from Malbec. You get what we mean. Most of them are rarely expensive so give them a try. Traditionally THE place to get rose wine from is Provence in France. However, be warned, there are some shockers around from here too! The main grape varieties used here are Cinsault, Mouvedre and Grenache, but there are others. The real key is to get them when they are young, so definitely buy 2016 vintage Provence roses to drink this Summer. If money isn’t an issue then seek out one from the Bandol AOC region (Majestic Wines Domaines Ott Chateau Romassan Rose 2016 is fantastic but it is £30 a bottle!), but there’s plenty of good value roses to buy from other areas of Provence too. We’ve mentioned Thos Peatlings  Chateau des Bormettes Instinct Parcellaire Rose before, Decanter Magazine voted it one of the worlds top-10 roses and it’s half the price of the Bandol! A less expensive recommendation is Waitroses Esprit de Buganay Rose (£9.99), a pale pink rose with a great taste helped by the inclusion of Syrah grapes.

If white wine is more your thing then try wines that grow in areas with a warmer, what we call a ‘Summer’ climate. Italy produces great regional wines made from local grape varieties. On a recent trip to Sicily we were impressed with wines made on the volcanic slopes of Etna, but they are difficult to find here. What is available however is Sicilian wine made from the Grillo grape. Wonderfully fresh flavours with a minerally dry acidity. The Wine Society’s Grillo Terre Siciliane Vino Biologico Paolini 2016 is great value at £6.50 or the even better value Castellore Grillo/Sauvignon Blanc blend from Aldi at an amazing £4.99

But in 2017 Summer drinking isn’t all about wine. For the first time in many years beer production in the UK has risen, and it’s not down to the big brewers of traditional British beer. Microbreweries and ‘craft beers’ are leading a revolution in beer production. Exactly what makes a beer ‘craft’ is difficult to answer. Generally it is beer made in a traditional way by a small producer, but it’s also agreed that there is something innovative about them too, particularly added ingredients such as herbs, different specialist hops, fruits and other things (beer made with bacon anyone?) Â At first it was the very hop-heavy IPA producers who led the way, Scotland’s Brew Dog brewery being one of the most successful with their Punk IPA and numerous seasonal beers. Now most supermarkets have a craft beer section and we heartily recommend trying beers from Brew Dog, Brooklyn Brewery, Goose Island and others this Summer. If these and other European beer styles are your thing then you can’t miss a trip to the fabulous Beautiful Beers in St Johns St, Bury, a heaven for beer drinkers!

Spirits have also been the big deal in the drinks world in the past couple of years, particularly the growth of gin. It used to be a selection of three or four gins available but now there’s ‘craft’ gins galore and they are all very different. Gin has to be juniper-flavoured initially, but after that anything goes. Our personal favourite (this week anyway!) is Pink Pepper Gin from France, but we also like Monkey 47 Gin from Germany (both widely available but try Gourmet Goods also in St Johns St, Bury for a good selection). And did you know that Bury has its own Gin distillery? The Stillery ‘Speakeasy-style’ bar in Short Brackland, Bury, not only serves great gins from around the world put produces its own gin on-site. You can see the still from the bar and it’s great fun! And course, it must be Fevertree tonic to go with it!

With its Caribbean heritage, it’s little wonder that when the sun’s out, the rum’s out! Another spirit that has enjoyed a renaissance (a rum-revolution if you like), rum not only tastes great on its own with ice but it’s fantastic for mixing too. Mojito’s or Dark & Stormy’s are just right for a Summer sundowner! While Scotch Whisky sales drop in this country, its American Whiskey or Bourbon that are becoming more popular with the younger crowd. They are a bit sweeter than Scotch, which like rum makes them good for mixing. Try something different though from the usual Jack Daniels and Jim Beam. If you want it on its own try Woodfords Reserve, more like a malt whisky, but if its a mixing bourbon you want then try Four Roses, a self-proclaimed craft bourbon from Kentucky. It was the house bourbon at last months Red Rooster festival in Suffolk and went down a storm!

Whatever your drinking this Summer try it outdoors, we guarantee that it will taste better!

Written by Martin Higginson on 20th January 2017. Posted in Uncategorised

Anyone who thinks that all the New Zealand wine industry produces is case after case of ‘cats pee on a gooseberry bush’ Sauvignon Blanc should have attended our Family of Twelve tasting at Thomas Peatling Fine Wines in Bury St Edmunds recently. The Family of Twelve is a fraternity of twelve of New Zealand’s most prestigious artisanal wineries who joined together in 2005 to promote the best of the countries wines. Rather than being in competition with each other, the members of ‘the family’ share information, both in regards to best practices in wine making and to marketing their products for the benefit of all.
The companies who are members are at the cutting edge of New Zealand wine-making and are all passionate about their craft and it’s this passion which shows through in their wines which are all, as their vision states, ‘beyond the normal’. The group of ‘rebel’ tasters who turned their backs on the ‘Dry January’ cult had twelve very different wines to taste and while there were two Sauvignon Blancs included in the list it was interesting that even these, both from the well-known South Island area of Marlborough, were very different from each other. The more ‘classic Kiwi’ Lawsons Dry Hills (£12.50 The Wine Society) with its intense fresh flavours was contrasted by the more subtle, complex Nautilus Estate (£13.35 Majestic Wines) offering. A widely acclaimed Chardonnay from Kumeu River Estate was very popular, with many people stating that it would give a top Burgundy a run for its money (£27 Majestic Wines).
One of the relatively new white grape varieties to New Zealand is Viognier, currently planted on a very small scale. This is one of the great aromatic grape varieties, famous in the Rhone Valley in Southern France. Millton Vineyards produce their Riverpoint Viognier in the Gisborne region on the East coast of the North Island and the blending of the main grape variety with some Marsanne, another Rhone variety, produces a great wine which in their own words is ‘a haunting wine with a bristling delicacy, buoyed with a noted mineral edge’. Great stuff, particularly at £13.75 a bottle (The New Zealand Cellar).
All of the white wines tasted scored very highly with everyone, and great things were expected of the red selection from ‘the Family’. If Sauvignon Banc is considered New Zealand’s signature white variety, then Pinot Noir is the most widely grown red variety because it is best adapted to the cool, maritime influenced climate. Four Pinot Noir’s were compared, ranging in price from Marlborough’s Palliser Estate Pinot Noir (£15.99 Winedirect.co.uk) up to the truly scrumptious Felton Road Pinot Noir Bannockburn from Central Otago (£29 Berry Bros & Rudd), but the real highlight as far as the red wines were concerned was the Craggy Range Syrah from Gimblett Gravels Vineyard in Hawke’s Bay, North Island. Deep coloured with mellow tannins and rich, ripe, berry flavours, it has a wonderful aroma of black pepper, cedar and herbs, with a fine long, stylish finish (£17.50 The Wine Society).
Past tasting indicate that Bury wine drinkers tend to love bigger, full bodied wines and the final wine of the evening, from the largest producer of the Family of Twelve, the well-known Villa Maria, didn’t disappoint. I’m sure that everyone has tasted Villa Maria’s Sauvignon Blanc before, it’s in virtually every supermarket range, but we recommend searching out some of their red offerings. Villa Maria Reserve Gimblett Gravels Cabernet Sauvignon/ Merlot is a great Kiwi version of a Bordeaux-style blend with ripe tannins and a good finish which was tested by our tasters with one of our many ‘tips’ on how to taste wine involving the group counting how long the taste lasts while sitting with their mouths gaping wide to allow oxygen to get into the mouth – sounds odd I know but that’s the kind of thing we get up to in our wine tastings that make them fun as well as educational!
The Family of Twelve concept of smaller producers joining together to collaborate in the marketing of their wines is a good business concept, and their enthusiasm for their products has been duplicated by their neighbours ‘Australia’s First Families of Wines’ to great effect. With the UK’s growing reputation for top-class sparkling wines its perhaps a model that they could follow. Who’s up for the ‘Family of Fizz’?

Stuck for a Christmas present?

Written by Martin Higginson on 16th December 2016. Posted in Uncategorised

VAlid for all tastings and courses. Any amount. Contact us for details

Written by Martin Higginson on 22nd October 2016. Posted in Uncategorised

It’s bubbles all the way in our next tasting on October 28th with a meal by Casa del Mar too! See bookings page for more information 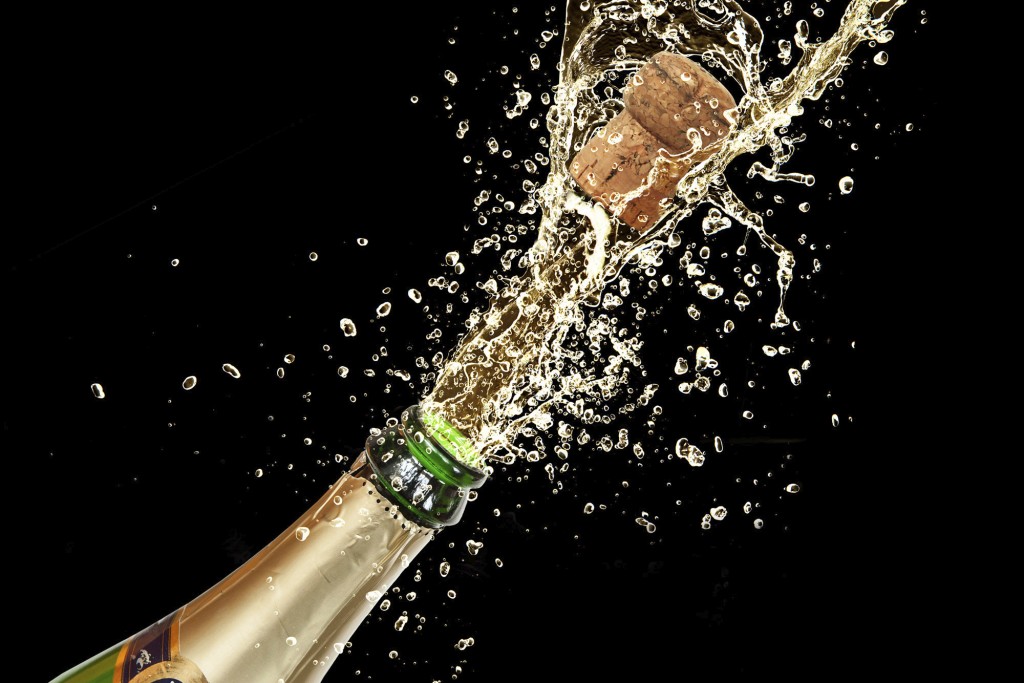 Written by Martin Higginson on 16th September 2016. Posted in Uncategorised

Written by Martin Higginson on 21st August 2016. Posted in Uncategorised

Written by Martin Higginson on 17th June 2016. Posted in Uncategorised

Happy tasters at this weeks event in BSE

Written by Martin Higginson on 3rd June 2016. Posted in Uncategorised

It’ Summer, it must be time for a Rose tasting! 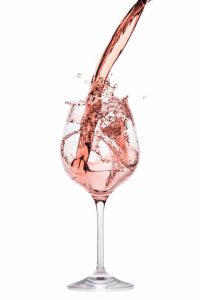 Written by Martin Higginson on 27th April 2016. Posted in Uncategorised

If it wasn’t enough to have some great wines to taste, our South American tasting on Friday May 13th will now include matching food! Thanks to Maria at Casa del Mar!